How to get more female leaders in the finance industry?

All companies are in favour of more Diversity & Inclusion. But in reality, many businesses are struggling to turn theory into practice. In this series of articles, we focus on inspiring practical examples.

Episode 1: How Bloomberg grew their database from 500 to 5000 top women finance experts in less than a year.

When Bloomberg News discovered that only 10 percent of the finance experts they interviewed on their programs were women, they decided to do something about it.

According to the bookers, whose job it is to look for the experts to interview, they either couldn´t find the women or there weren´t women in the right financial roles. In the rare case they did manage to find a woman, she didn´t feel comfortable enough to appear on TV.

The solution the Bloomberg newsroom came up with, called the Bloomberg New Voices program, and was just as simple as it was effective. Top women executives in the banking and financial services industry were encouraged to apply for a fully sponsored 4-hour one-on-one media training, in order to get them TV-ready for interviews on Bloomberg and any other media outlet. Women could either apply for training program themselves, get nominated or nominate someone else.

The results of the New Voices program exceeded all expectations. Within less than a year, Bloomberg's database of female financial experts grew from just 500 to over 5,000 names.

The lack of female representation in Bloomberg News’ expert sources database is just one example of the challenge that almost all companies face when it comes to gender equality. In theory, companies are all in favour of more diversity in senior leadership. In practice, boardrooms are still heavily male dominated.

According to a recent study by the management consulting firm Oliver Wyman only 6 percent of CEOs in financial services are women. Only 9 percent of chair roles are held by women. What can companies learn from

The argument that businesses often use when recruiting for senior leadership positions, is very similar to the one used by Bloomberg’s news bookers; they simply cannot find the right woman for that specific role.

The success of the New Voices program shows that there is more than enough potential to draw from – almost half of the workforce in finance are women – but you need to actively invest in them.

“One of the goals of New Voices, was to create role models for other potential women leaders in the finance industry,” explains Manisha Mehrotra, Head of Diversity and Inclusion, Europe Middle East and Africa at Bloomberg. “For everyone with ambition it´s important to actually see people in senior positions of the same gender or ethnicity or with the same cultural backgrounds.”

That was exactly the reason why Umera Ali, Head of Banking & Finance with law firm DWF in Dubai, decided to join Bloomberg's New Voices program. “I´m often the only woman in the room,” she explains. “That´s why I think it´s important to help other women with their career. Making yourself visible is one way to do that.”

“I remember, for example, when I was studying, Christine Lagarde – at that time still president of the IMF – was a role model. Although we didn´t have anything in common, the mere fact that a woman could reach that position, was an inspiration.”

As the Bloomberg example shows and many studies confirm, it is not enough to have role models. Companies need to put a program in place to create a level playing field for all talent, regardless of their gender or background. It is a mistake to think that equality alone will lead to more diversity.

“There is the difference between equality and equity,” explains Manisha. “You can think of equality as a fence around a football pitch that is the same height for everyone. That seems fair, right? But it doesn´t factor in the fact that not everyone is the same height. If people have different starting positions, obviously the outcome will be different as well. This is what happens, for example, with women who have to deal with gender bias.”

3.    Stick up for your female colleagues

On a personal level, colleagues can help each other to take away these kinds of roadblocks. “Support from colleagues is key,” says Umera. “It happened to me once – my male colleague and I were talking to a client who just presumed that my colleague was the expert in the room. It was my colleague who made clear to him that I was actually the person the client needed to talk to.”

On an organisational level, special training and networking programs are key to success. That´s why Bloomberg recently launched the Fair Share program, which helps women in finance in to make the transition from entry-level to a managerial positions.

Also, a worldwide platform like Ellevate, a network of women professionals that support and advice each other to make the next career step, is having a big impact through its chapters and local networks.

Such efforts are not just important for the personal careers of the women that profit from them, in the long term they also have an enormous impact on the economy. According to the IMF more gender diversity could boost the size of the economies in some countries by as much as 35 percent.

More women in the boardroom is, in other words not just the right thing to do, but also a financially sound decision. 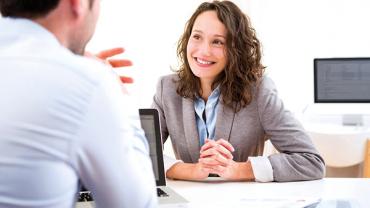 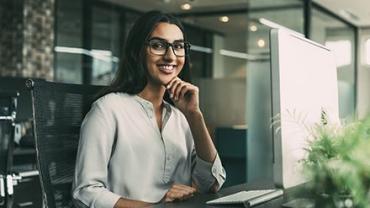 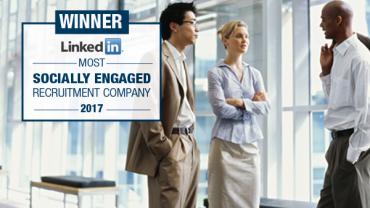 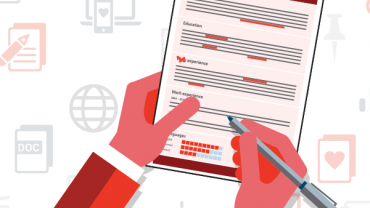 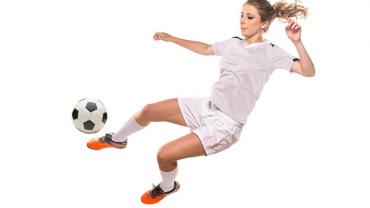